I came across a troubling news story reported by James Llanos, Sr.  from Sitnews.us earlier this week

According to the article, a property management group, Tlingit-Haida Regional Housing Authority Juneau, residing in Ketchikan, AK is demanding a whopping thirteen tenants agree to sign new rental agreements in order to nullify the original paperwork.

According to the tenants, the original agreements offered the home as a rent to own. According to Llanos, Tlingit-Haida is demanding that tenant’s sign the new agreements or face eviction:

…people are being asked to give up their rights under the original lease or be evicted!

Llamos goes on to say more, while pointing the finger at at-least one employee of the management group:

And I thought T & H were on the Native’s side! They are being threatened in other ways! Thank you Brian Jackson for your efforts to deny these original potential home owners and crash their dreams and hopes.

The original article was published on September 30, 2013 and can be found here:

So, do you think this was an unfortunate misunderstanding or a bully management company?

Filed Under: Rent To Own Scams 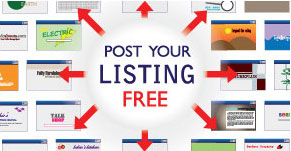